New Guardian Weapons Even The Odds Against Thargoids (Elite: Dangerous) 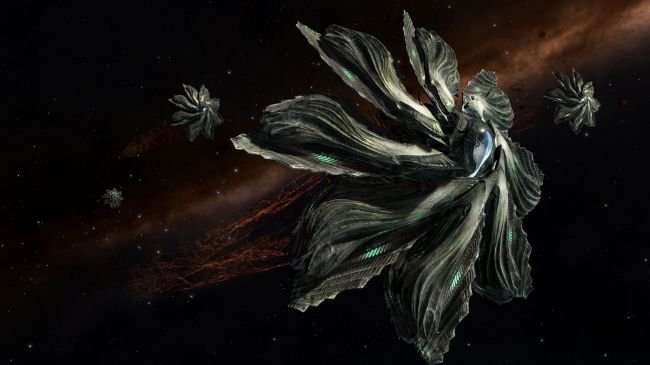 Elite: Dangerous 3.0 is among us and with all the great changes to engineering, crime & punishment, trade data, and planet textures, I found myself pleasantly surprised with Guardian content. My little experience with Guardians has been watching great content creators such as Malic_VR on Twitch. They've shown a wealth of hidden content that has been fascinating to watch, but I wasn't really interested in doing them myself. It's like watching an ARG from the outside and curious if they solve the puzzle.

But now, with 3.0, the Guardian content not only consists of more puzzles, but new materials, new modules, and new weapons. These new weapons are very effective against the deadly alien race, the Thargoids. During the first week of 3.0, I went against my original plan of re-engineering my ships and decided to focus on this . As early as a day 2, I was farming Guardian materials and blueprints to get the new Guardian Power Plant, Guardian Plasma Charger, and Guardian Gauss Cannon. Why? Well, because you can do things like solo a Cyclops Thargoid with a Cobra MKIII:

I watched this video in awe, not only because the terrifying Thargoid was taken down by a small ship, but the technique used was brilliant in that it used a kiting technique and the almighty Gauss Cannon. This new weapon can exhert a Thargoid heart in 2-3 shots, and also kill the heart in about the same amount.

It inspired me. I decided to to build an Imperial Courier to do the exact same thing! I knew the Courier was as fast, if not faster, than the Cobra MK III. I engineered Grade 5 Dirty Drives, with Drag Drives Experimental, threw 2 Guardian Gauss Cannons and a Guardian Plasma Charger on there and got busy, live on Twitch. After about 13 or 14 deaths, I finally made a dent So while I killed it, I died in the process. IT COUNTS THOUGH! The more I did the fight, the easier it got until finally, my first clean solo kill:

What an amazing feeling! I'm now up to 4 clean kills and here are some key things I learned during all these fights:

I haven't had that much fun in Elite: Dangerous and quite some time, and I'm glad there's some new challenges available for us. Now, what should we try next?